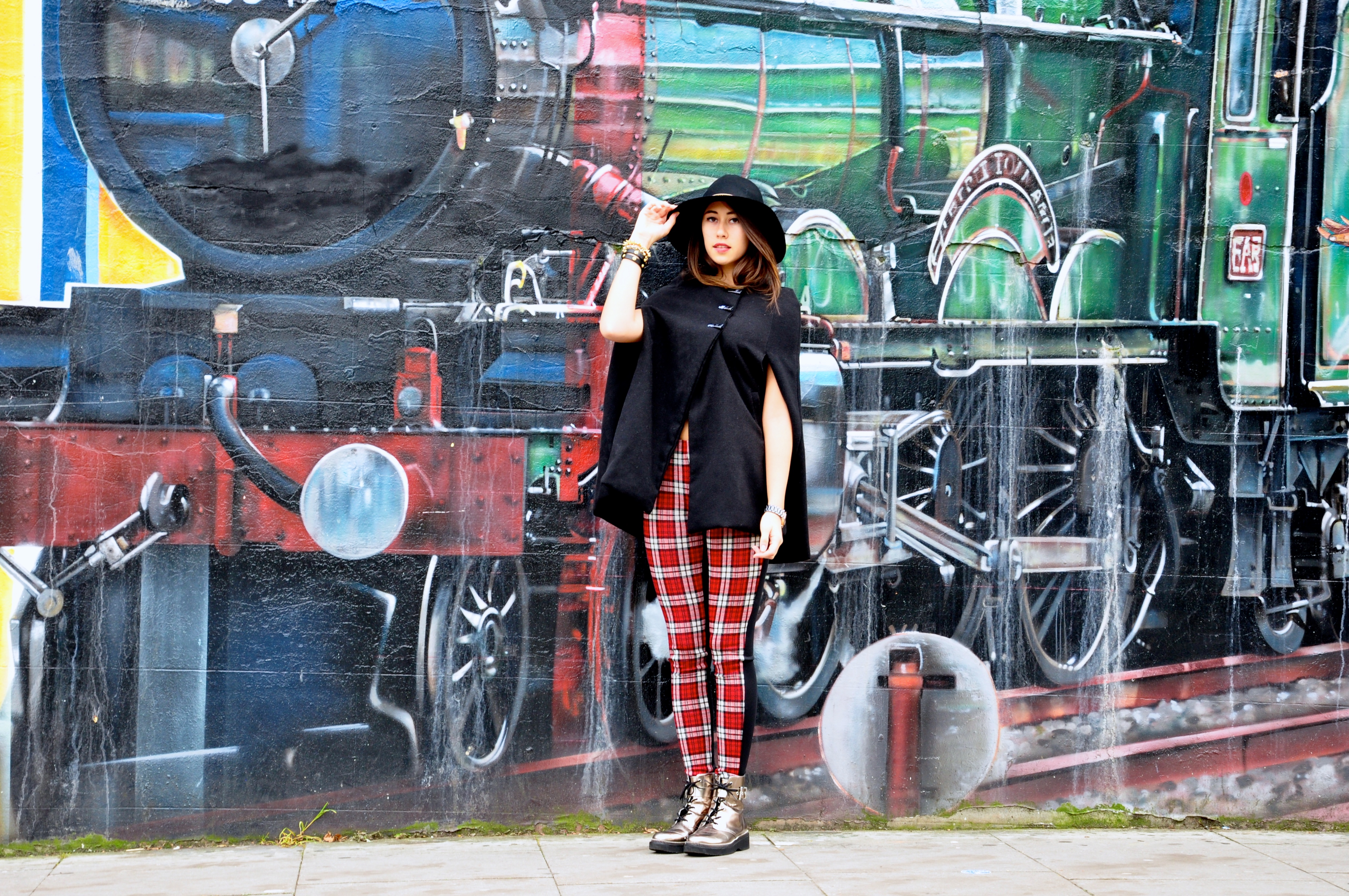 Here is a look that I’ve been waiting to show you guys for quite some time! Shot on the streets of Camden in London, I decided to go all out with a subtle mix of grunge and edge to match the wild scene that is the graffiti wall behind me. One of the best things about London is the hidden spots full of amazing graffiti and colorful walls that is just such a unique backdrop for photos!

But now let’s talk about the look. The cape. The cape has been one of the IT pieces of the season: a must-have in your wardrobe to wear with pretty much anything. The cape is so versatile that you can easily dress it up or dress it down, but I thought it might be more fun to dress it grunge with a bit edge by combining it with tartan pants and Doc Martins inspired boots. However I do have one criticism for the cape trend, which is that it’s so impractical should you wish to want to move your arms, because your movement is limited. It also doesn’t keep very warm. Nonetheless I do really like how my outfit looks with the cape, but this season I didn’t want to invest in one, and instead borrowed this cape from my blogger friend Whitney! What is your opinion on the cape? Do you have one and do you like it? 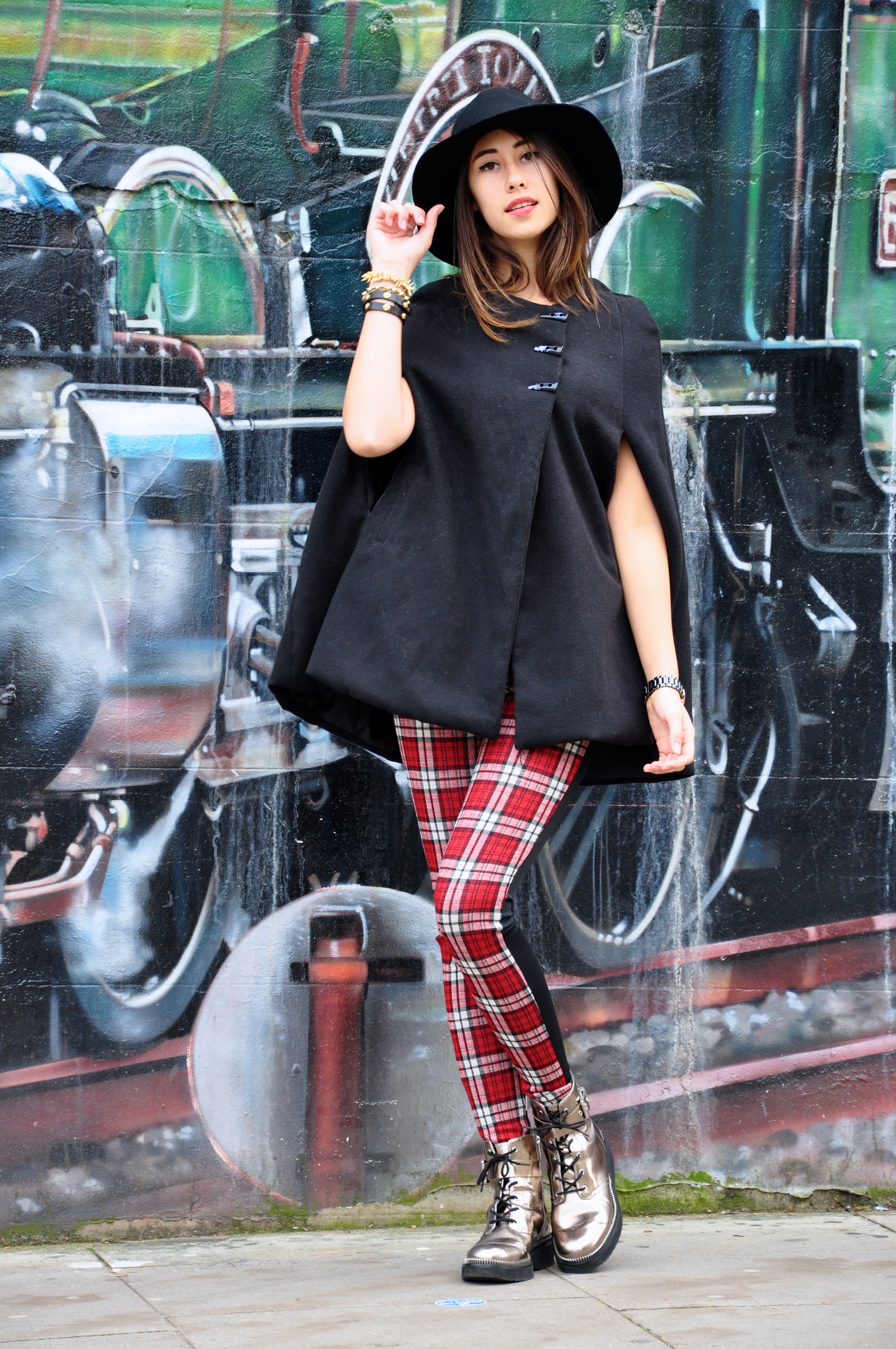 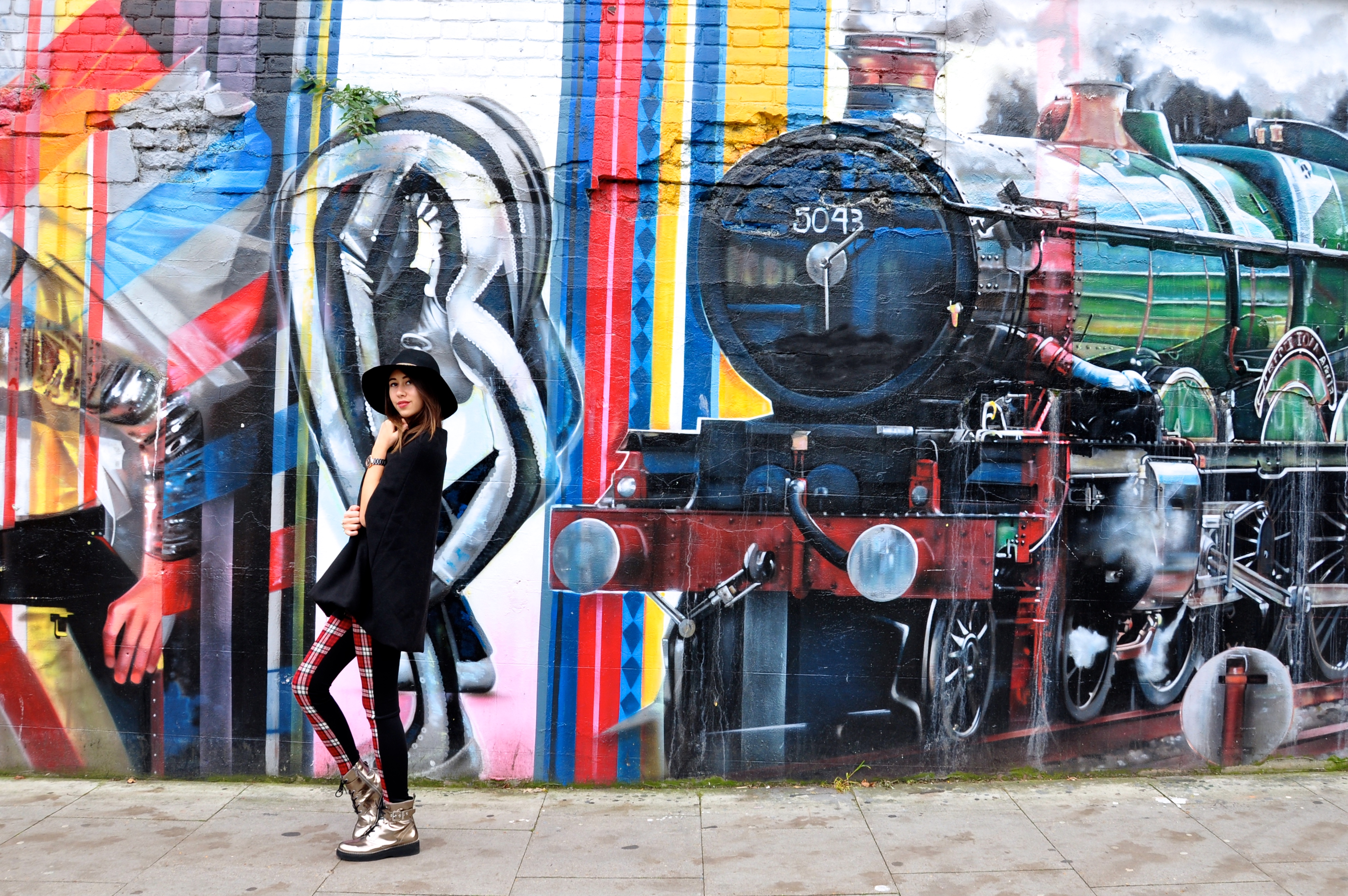 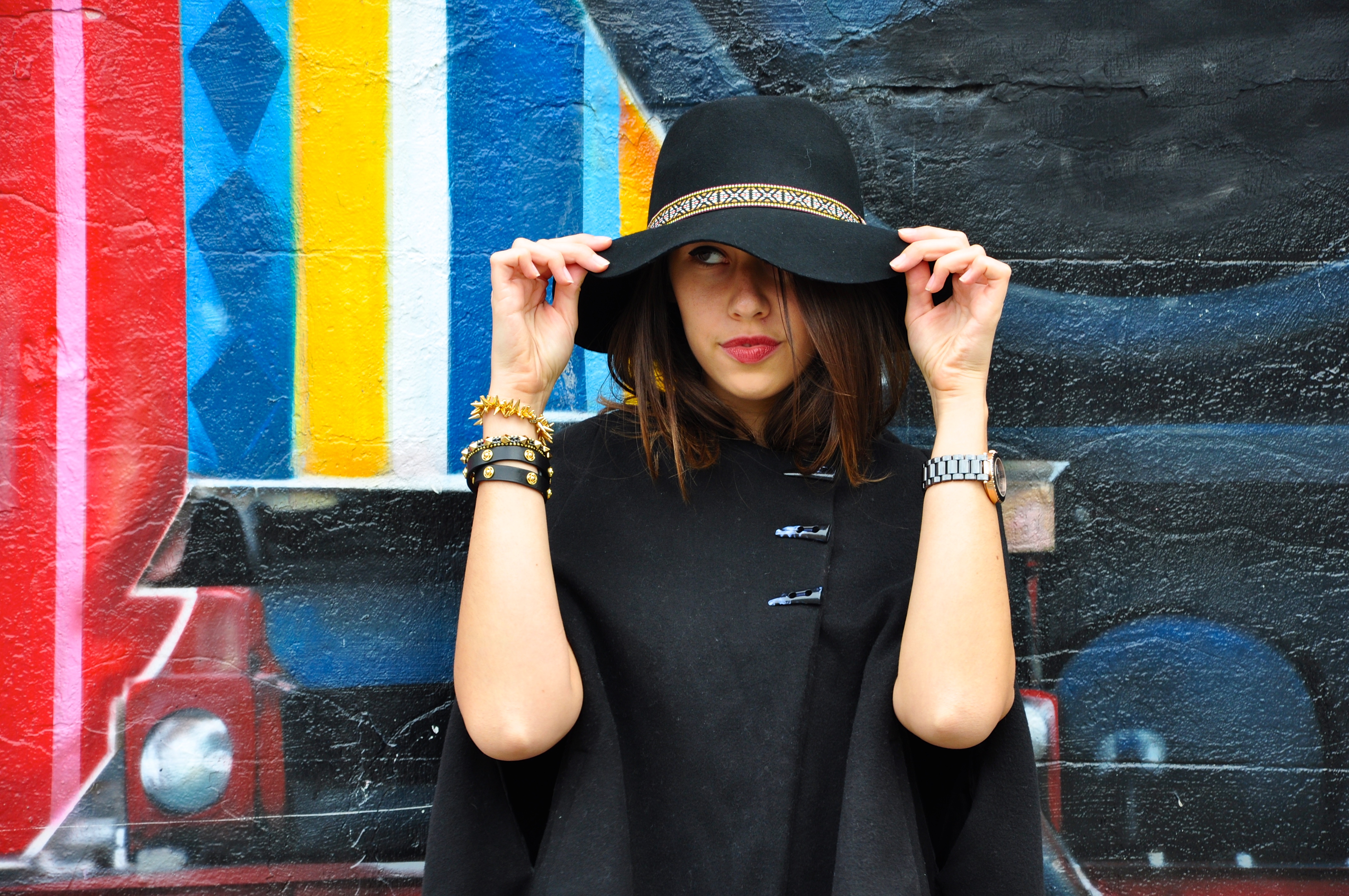 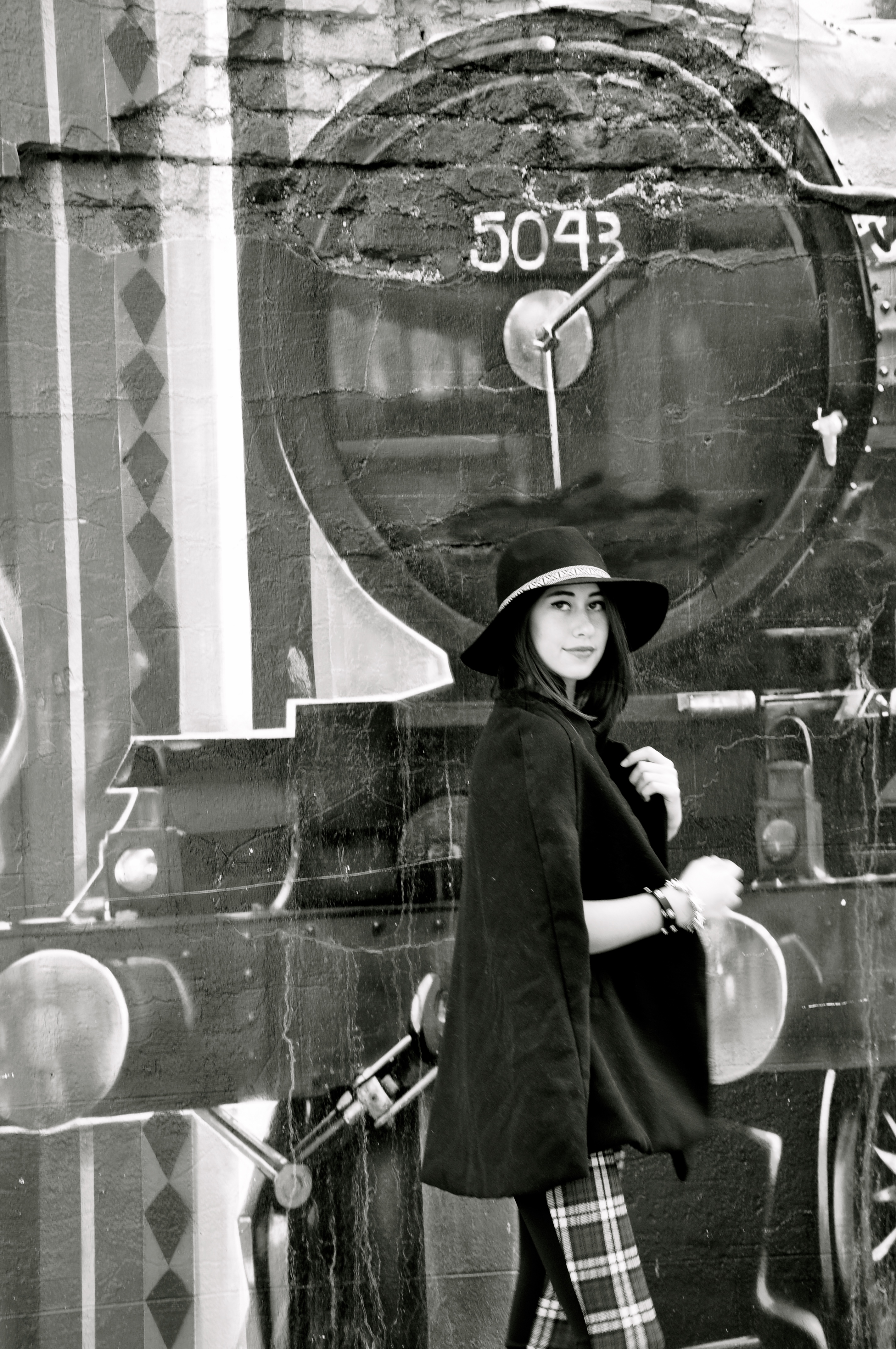 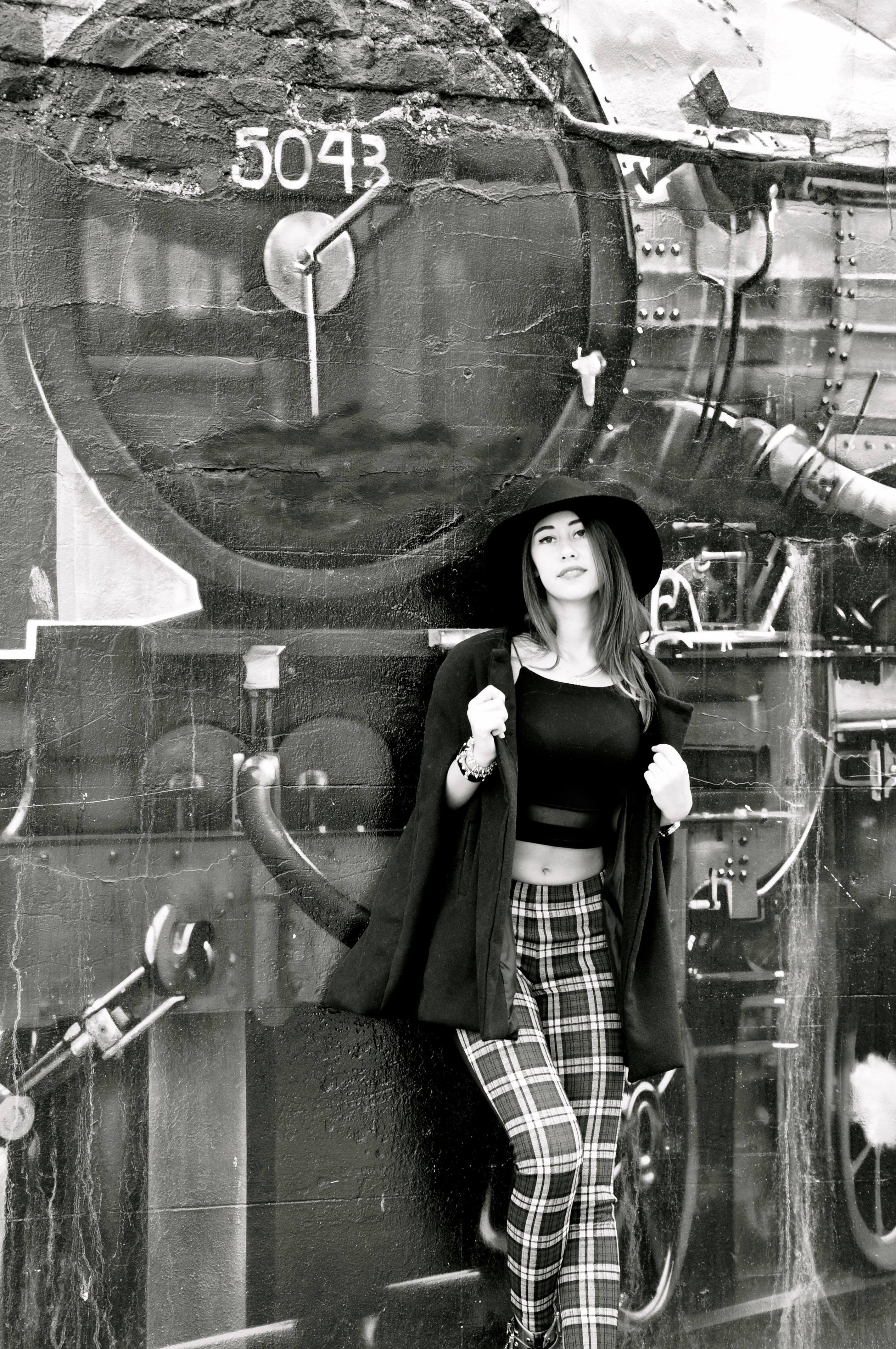 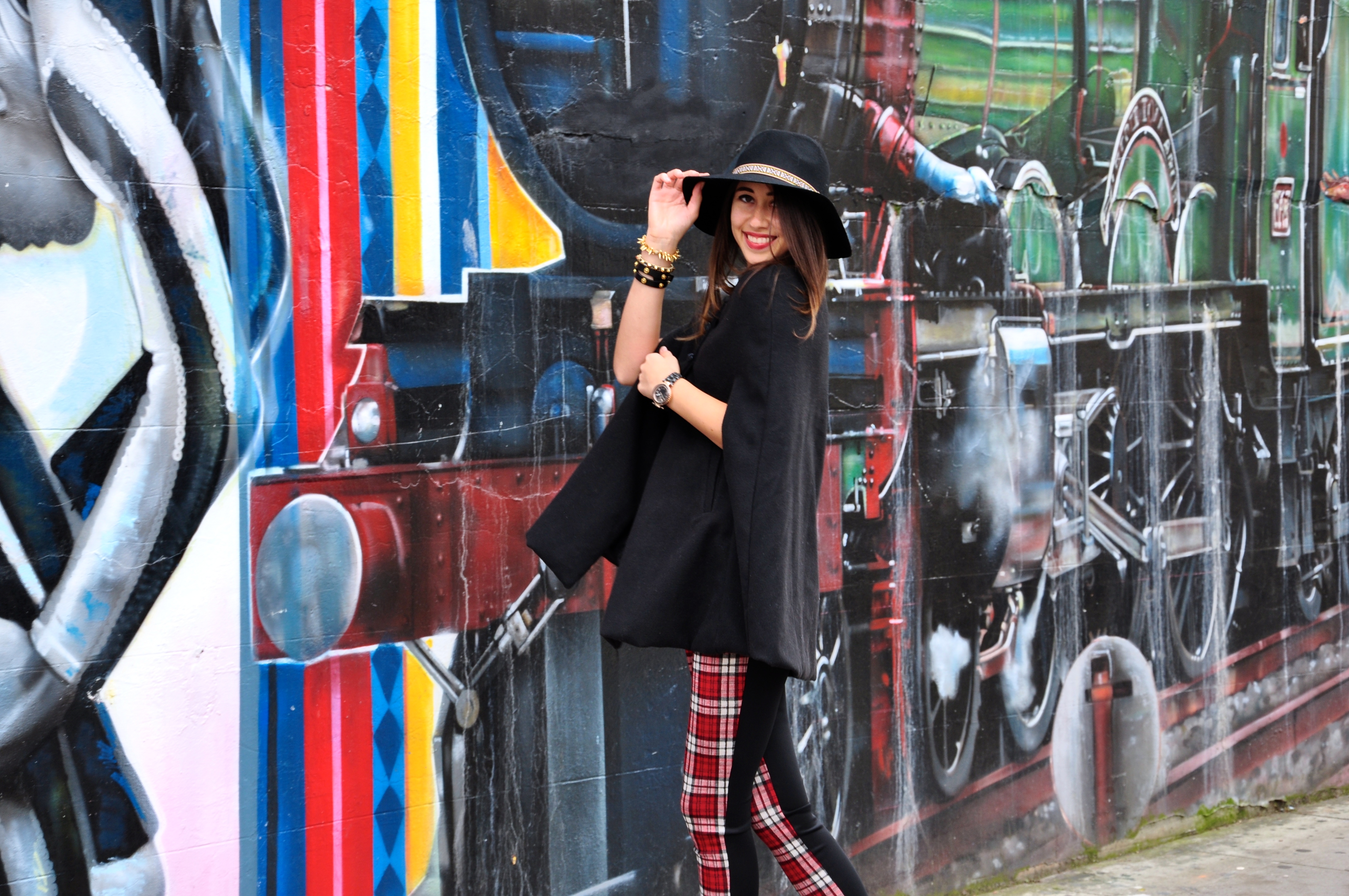 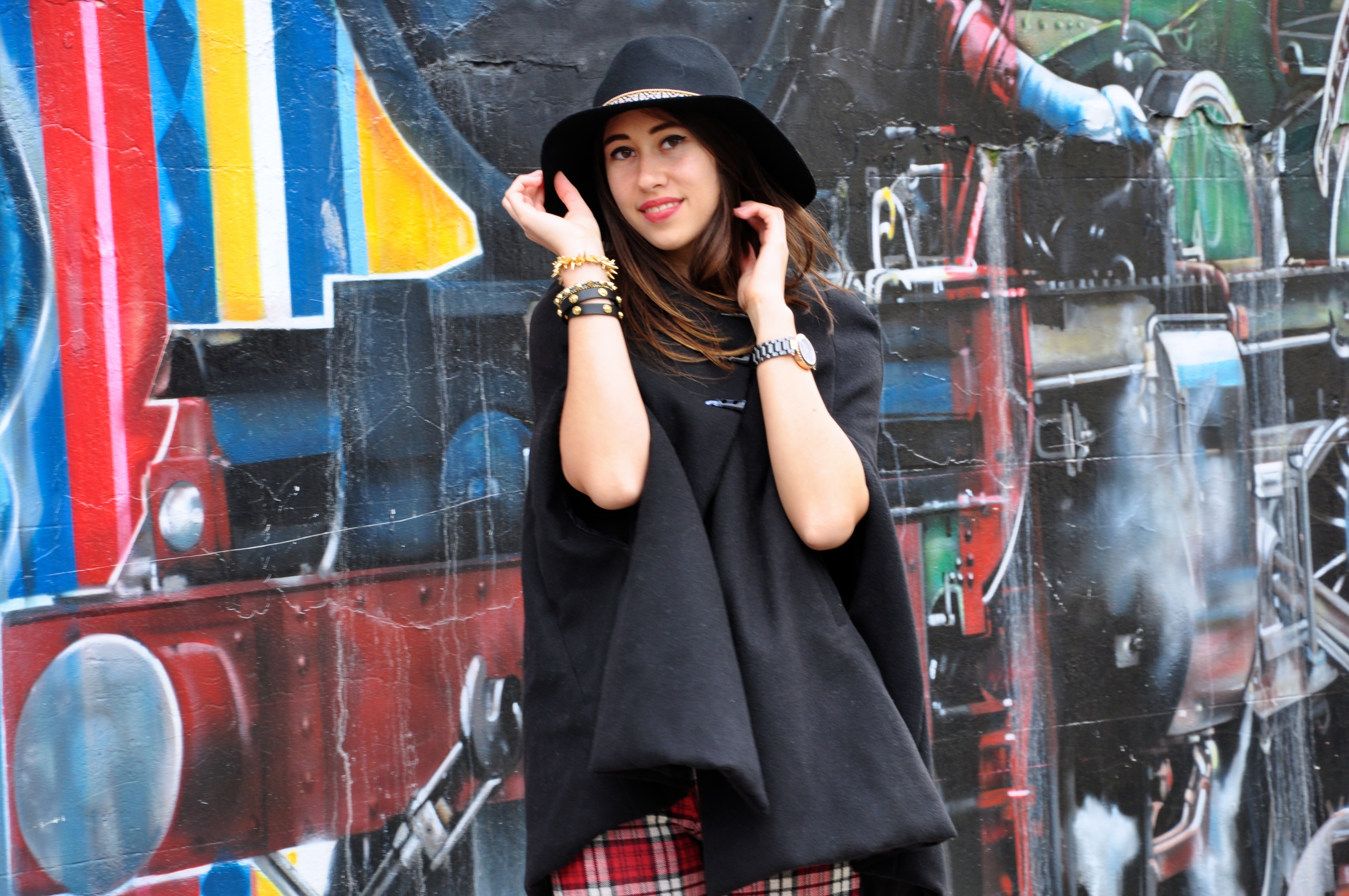 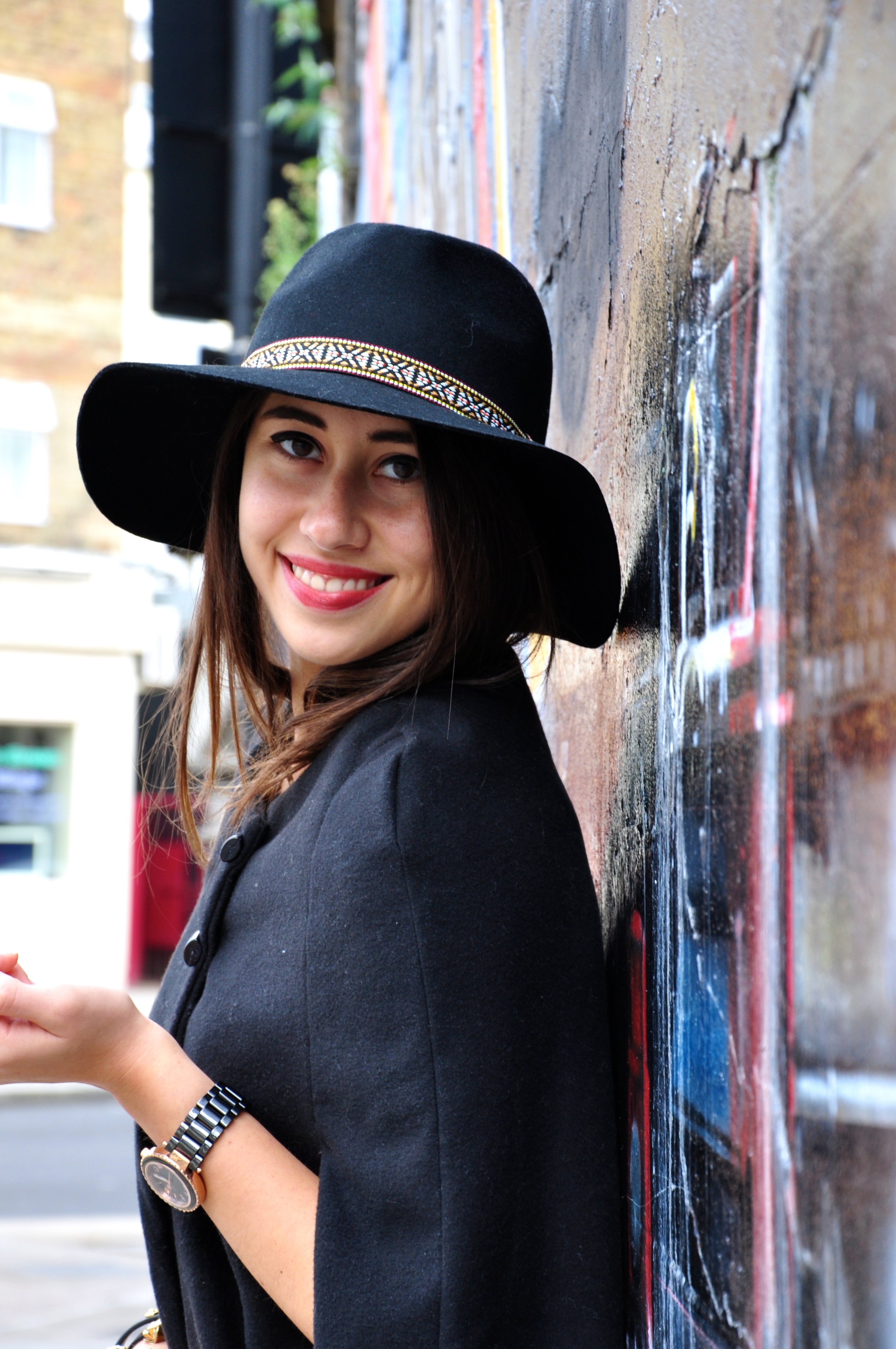 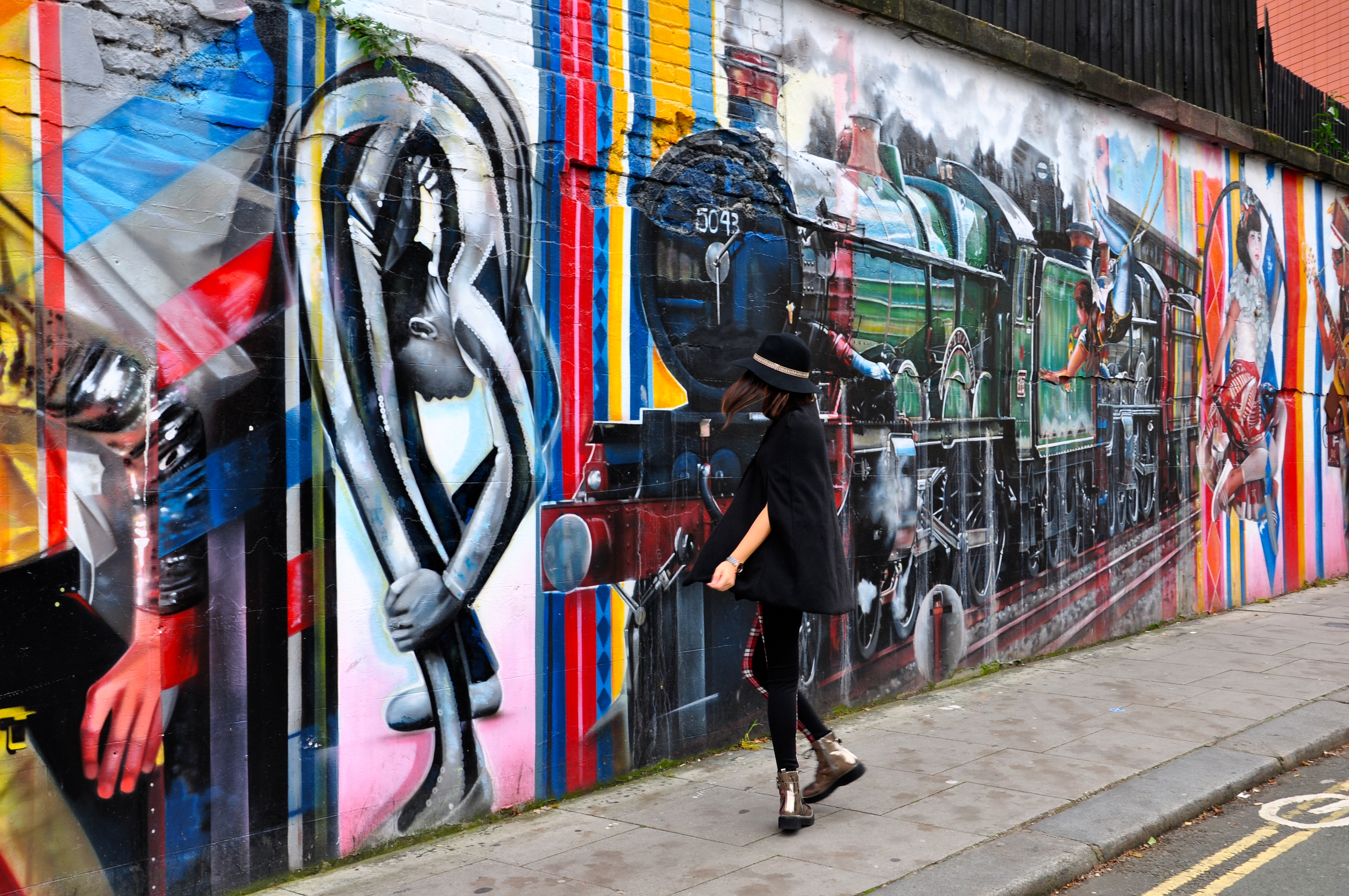